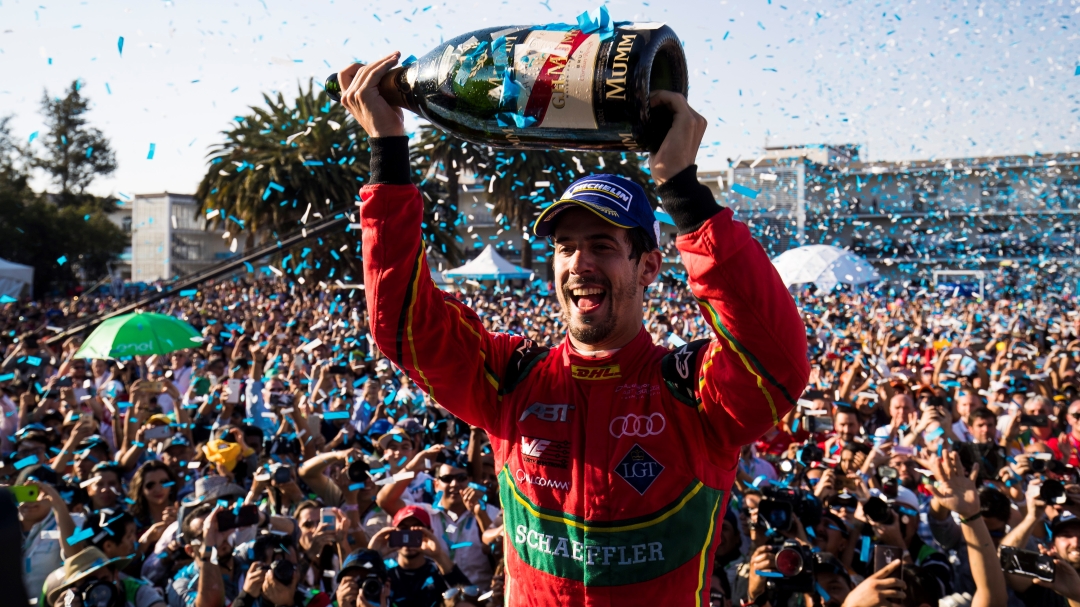 Madness in Mexico: why the 2017 ePrix will forever be one of the best Formula E races

Whether you are a fan of the all-electric Formula E Championship or not, there can be no denying that the 2017 Mexico ePrix was one of the craziest races of the past year, or even this side of the decade. The race had almost everything – as much as I despise the cliché: mechanical failure snatching any chances of a win from the pole sitter, spectacular spins and saves, team mates taking one another out just laps before the chequered flag and even an appearance from Paris Hilton.

However the strategy and energy-management from Lucas di Grassi and his then team, Abt Schaeffler Audi Sport, meant the Brazilian optimised the totally bonkers race and finished with victory – having started near the back of the grid and being forced to pit for a rear wing change just a few laps in.

As we prepare for Formula E’s third consecutive return to the Autódromo Hermanos Rodríguez, I take a look back at the 2016/17 Mexico ePrix and why it could be Formula E’s best ever race.

It’s race day and Daniel Abt has just secured his second-ever Super Pole. All seems normal at the track that boasts the highest altitude of any other Formula E race circuit, 2.2km above sea level to be precise. That is until Abt is disqualified for his low tyre pressures, handing a shock and maiden pole position to Oliver Turvey on his 30th birthday. A lovely surprise but unfortunately his reign at the front of the grid wouldn’t last for long after lights out for the ePrix in a few hours time.

Fans fill the grandstands and soon it is time for the race. The 6-hour time difference from the UK to Mexico means the race is on late in the evening for most European fans, some expecting a chilled and composed race before they headed off to bed. However, Formula E doesn’t do boring. Especially when they visit Mexico City.

Turvey leads the way behind DS Virgin’s José María López in second. Eventual race winner and the man who would go on to win the championship later that season, Lucas di Grassi, is down in 16th and comes into trouble as soon as the first corner. He finds himself on the grass going into turn 1 after running out of track space, only to have Maro Engel nearly end his race at turn 3 when Engel’s car shunts into the back of his and ruins his rear wing. It is damaged, wonky and results in a necessary pit stop for a change. Despite coming in during a safety car to clear up debris on-track, di Grassi finds himself in last place.

Fan Favourite Antonio Felix da Costa became the first of many to lock-up and spin going into turn 1 on the second lap, a right-hand corner that caught out plenty of the field over the race distance.

This is looking to be one of the best @FIAformulaE races we've seen. Do you agree? #MexicoCityePrix #FormulaE

With Turvey still at the top, Lopez was hot on his tail and ready for a shot at the lead. At the end of lap 12, Lopez squeezed past Turvey to take first place but was left with no real fight as Turvey’s car slowed on the start/finish straight and half of the field past him by. Instructed to “turn it on and off again” by his NIO team, Turvey ended up retiring from the lead of the race and having to wave goodbye to a possible first win in Formula E; all on his 30th birthday. Ouch.

By half of the race distance, Turvey remained the only retirement and both Lucas di Grassi and Jerome D’Ambrosio had pitted for their mandatory car-swap. A smart strategy call sends Jean-Eric Vergne in for an early pit stop despite being on 6% battery and as a result he misses the rush-hour traffic that ends up in the pit lane a lap later.

A freshly charged Dragon car belonging to Loic Duval soon finds itself parked in the middle of the track after running out of power just after turn 3 and subsequently brings out another yellow flag. di Grassi leads with d’Ambrosio behind him, both cars on 66% as they cross the start/finish for lap 27: the rest of the field having all recently and successfully completed their mid-race car-swaps and finding themselves between 96% and 88% battery left for 18 laps of the 45 lap race. The stationary Dragon vehicle eventually brings out a safety car and consequently ruins the 30 second lead that the two front runners had. The field soon bunches up again and this gives JEV the perfect opportunity to overtake Lopez for at least a podium, if not the win. Many nail-biting overtakes are trialled by JEV but none successful.

Just laps later, with the battle for third still bubbling away between Lopez and JEV, Lopez becomes the second victim of spinning at turn 1 and bins it losing his third place instantly. He doesn’t do any damage to the car but does end up in 13th, dropping ten places and out of the points. However, just as Lopez spins he is joined alongside then-championship leader and season two champion Sebastien Buemi who does exactly the same spin just seconds after using fanboost along the start straight. Perfectly synchronised!

Although putting on a fantastic show for the first 42 laps, the real talking point of the entire race came on lap 43. It started with second-place man d’Ambrosio suffered a monumental lock-up on the approach to turn 1, resulting in JEV finally getting past and into second place. Then on the approach to the famous grand stand section of the track, Renault’s Nico Prost taps the Mahinda of Nick Heidfeld and spins him a full 180 degrees and right into the path of his approaching team-mate. Only three laps earlier had Dario Franchitti stated on global commentary to the Mahindra drivers “rule number one: don’t take out your team-mate” but thanks to Prost the two collided in dramatic fashion. Mahindra debris flying everywhere.

Both cars limp back to the pits, Felix Rosenqvist lacking a working front right wheel with broken suspension. If you haven’t seen the clip before, I would highly recommend watching it, or re-watching it again. No surprise that it has gone on to be one of Formula E’s most talked about crashes.

Wow! Big pile up in the Foro Sol at the #MexicoCityePrix https://t.co/T2vMnCnEo1

In the penultimate lap, a battery-saving d’Ambrosio lets Sam Bird slip through into third place before ultimately running out of battery entirely. With the help of the yellow flags, di Grassi cruised to a brilliant victory in Mexico just a year after having his win in Mexico during the 2015/16 season stripped from him for having an underweight car.

For me, the 2017 Mexico City ePrix will be placed on the “best Formula E race” pedestal for quite some time. The tale of a driver starting a race from the back of the field, being last at one point, to winning the race is always going to be a story that will struggle to be beaten. Add in an array of crashes, changes to the lead of the race, battles for position with some truly ballsy overtakes and a field of insanely talented motor racing drivers and you have got yourself a winner. 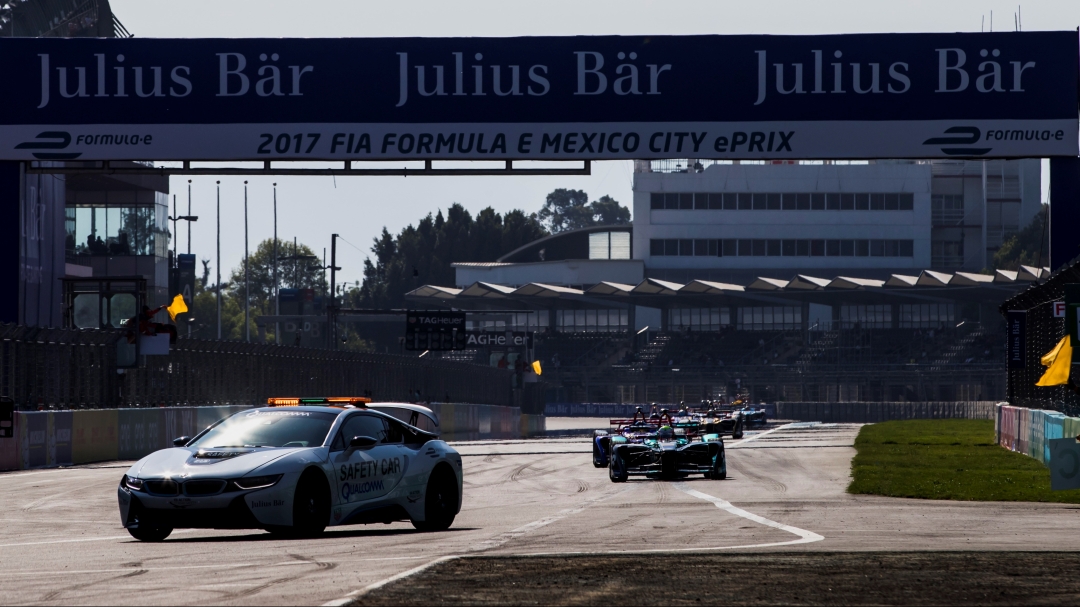