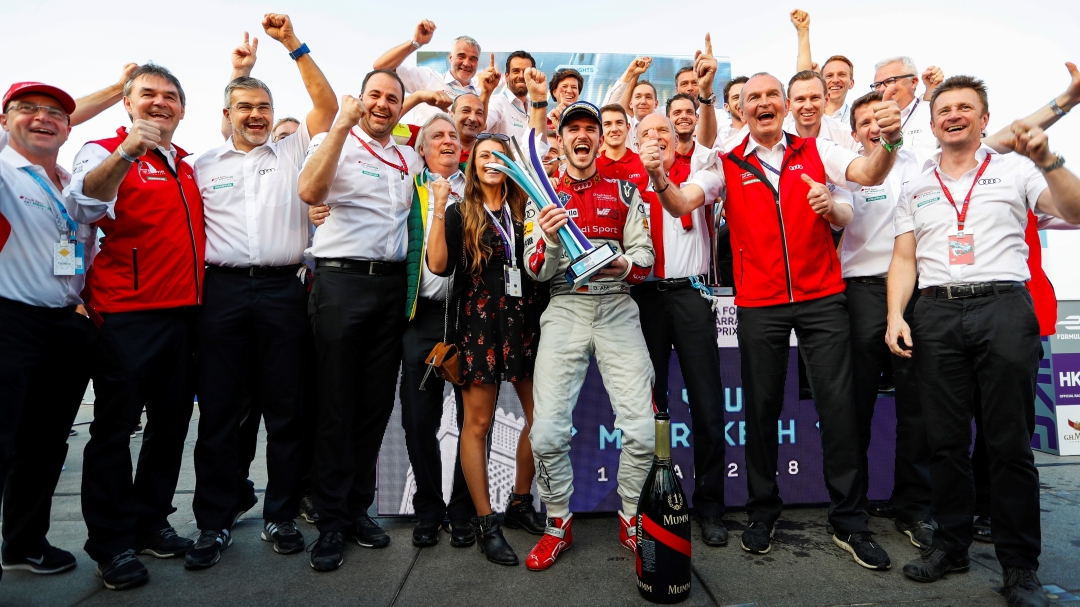 “I didn’t think we would win”: McNish talks the Mexico City ePrix

Since stepping into the role of Team Principal at Audi Sport ABT Schaeffler Formula E team, racing legend Allan McNish has had his fair share of highs and lows. With reigning Formula E champion Lucas di Grassi and fan-favourite Daniel Abt continuing with their electric team-mate dynamic within the team for season four, McNish’s first season as newly appointed team principal should have been a relatively easy ride.

However an unreliable car for di Grassi throughout the season so far lead to him being at the bottom of the points and a shock disqualification for Daniel Abt’s inaugural win at the Hong Kong ePrix at the start of this season meant that the Audi Sport ABT Schaeffler team struggled.

Only 7th in the team standings before Mexico City, the team needed some form of success to get back on track.  How about a win? Sounds a big ask but that is exactly what the team delivered, giving Daniel Abt his (second) first Formula E win and Audi’s first win as a factory team in Formula E. I caught up with Allan McNish to find out why, despite the speed the car has, converting their speed into race wins “has been a little bit more difficult than had hoped or expected”.

“I think, if you looked back, ABT and Lucas have won in Mexico the last two years,” McNish began. “So yes, general performance we knew would be good and we knew the car was quick anyway. We have known that all season.

“But converting it into race wins has been a little bit more difficult than had hoped or expected. If I am very honest with you, I knew we would be fast but I didn’t think we would win.

“I thought there was the chance of a podium but I didn’t think we would actually get the win. But when you do get a victory, you take it, especially if you have had a season that we started with.

“That has been the thing, the biggest thing from Daniel’s perspective is obviously get the win that he should have had before. That was important and also for us, what was really the icing on the cake was Lucas’ drive, because to come from the back of the grid was absolutely superb and to get the fastest lap, and now you need to finish in the top ten for fastest lap, so he was very determined to get into the points. That was a nice little thing for us, a double points there was superb, but I wouldn’t necessarily say when I arrived in Mexico city I was thinking that we would be coming home with a big trophy.”

The win was also surprising as Audi had been very vocal about an issue that they had experienced with the car over the season so far. Although a fix was found, it would not be able to be implemented until the following round in Uruguay (this weekend).

“It was the inverter that we had the problem with, you can’t necessarily just open it up and have a look inside because you break the seal [the FIA enforce]. So you don’t know where it is until you had a problem and then afterwards you can’t check the others because you break the seal and then you get the penalty, so you are in that difficult situation where you have got a problem but you have to kind of judge a little bit what the solution is.

“We had an issue Marrakesh and Santiago and that was doubly-bizarre because that was with just Lucas and not Daniel. So that was a case of going, “okay then, what do we do here!”.

“Looking at it, we clearly understood that even with the big restrictions that you can do, cause it isn’t like you can redesign anything, it is a case of trying to modify to improve and for reliability. Then we did but we did but we can’t apply that until Punta del Este, the next races time which will be the first time we can actually have that in the car.”