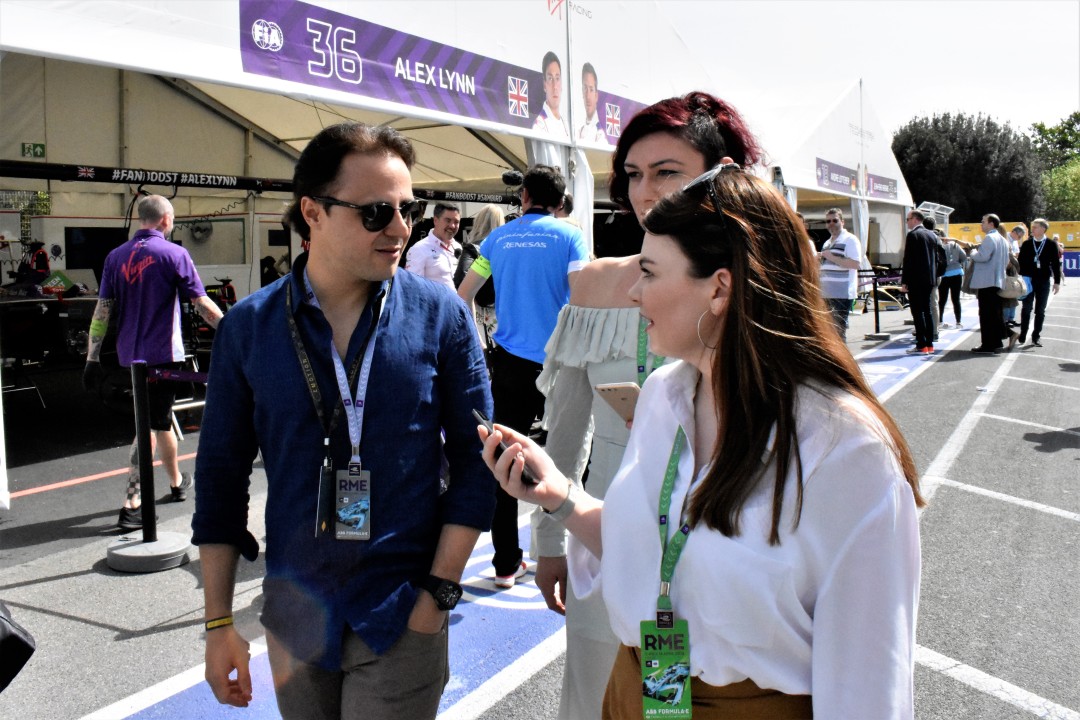 Since his retirement from F1 at the end of last year, it has been no secret that Felipe Massa has had a keen interest into Formula E. He tested the Jaguar Formula E car in February last year and all but confirmed that he would be moving to the all-electric championship after his F1 career was over.

Making a guest appearance at the Rome ePrix this weekend, Massa spoke to katyfairman.com about the big rumour that he would be joining the ABB FIA Formula E Championship from the 2018/19 season.

“To be honest, I have just arrived here. I came to visit, especially at this amazing race in Rome.

“Formula E is a nice championship and it is growing a lot, every year and all the time.

“It will be interesting to understand a little bit more, then maybe I can be here next year but for the moment I can not say anything.”

He also went on to address the new second generation car that has been unveiled by Formula E last month, calling it “aggressive” and “different”.

“[It’s great] for the show, I mean let’s see when the car is on the track and what the people say. I mean I don’t have enough experience to say but it looks good for the show.”

The Brazilian driver set tongues wagging when he addressed his fans on the social media app Instagram last night.

“I am on my way to Rome to watch the race in Formula E. As I said I am looking forward to being there next year so there many people to speak [to].”