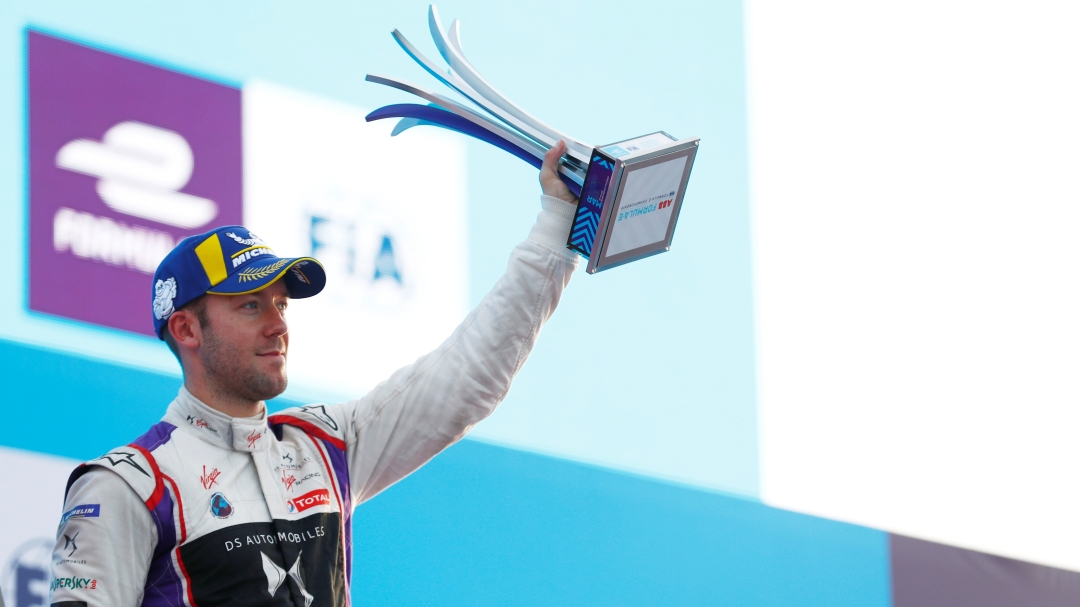 Sam Bird has proved himself to be one of the fastest, highly competitive and most consistent drivers in the four season history of the Formula E Championship. Until Audi’s Lucas di Grassi won his first race of season four in Zurich, Bird had been the only driver to win a race in every single season of the all-electric championship. This consistency is what has lead Bird to be in with a mathematical chance of winning the drivers’ title at every single Formula E finale*: a pretty impressive statistic.

His seven Formula E wins places him joint-second with di Grassi in the ranking of most successful Formula E drivers, with 34% of his races in Formula E resulting in a win or podium finish for the British driver.

As the fourth season of the Formula E championship draws to a close in New York City this weekend, the Brooklyn streets hosting the double-header finale, Sam Bird is once again in the title fight for the drivers’ championship. Despite never claiming the crown of ‘Formula E Champion’, he has continued to document a fierce drive and determination during his time in Formula E, as well as being one of the most-liked and respected drivers in the paddock.

I caught up with Sam during the Zurich ePrix to discuss his continued competitiveness in Formula E, as well as how he is approaching the New York Finale this weekend as a championship contender yet again.

The interview starts with the statement that Sam is undoubtedly one of the best and most successful drivers to have raced in Formula E, being one of only six drivers to have competed in every round since the inaugural ePrix in 2014. He blushes, before thanking me for my “very kind and generous” comments, just as current Formula E Champion Lucas di Grassi stands beside us. Sam pauses. “This is awkward, I am currently stood here next to Lucas di Grassi.”

“I probably rate di Grassi’s championships as greater than mine, definitely,” he continues. “I would have to say Sebastien Buemi as well. The thing with this championship is the talent in it is ridiculous. Personally, I have never seen myself as big name in the championship. That is just the way I see it. I am just me and I go racing and I try to be professional, I try and score points. I have been very fortunate that I have had a very good career so far but it needs to continue.”

Having raced with the DS Virgin Racing Formula E Team since the championship began, Bird has had a question mark placed over his future with the departure of DS Performance from Virgin Racing, the rumour mill suggesting that Virgin could be a customer of an Audi Powertrain from season five onwards.

“I won’t comment on that,” Bird begins when I ponder into what the future holds with him and a possible contract. “I will think about next year after New York,” keen to show that it isn’t something that he wants to talk more about.

As for New York City, it is a race that Bird is very familiar with having won both races there last year. However, despite being on the podium for four of the past five races including a race win in Rome, Bird remains level-headed and realistic as Formula E returns to the Big Apple.

“If you look at the speed of Audi’s and Renault’s Powertrain at the moment, it is fairly ominous. Also the Jaguar looking fine as well and the Mahindra is always quick,” Bird states, hesitant to jinx one of the most important weekends of his racing career. “So,” he continues, “we will probably be like sixth-most efficient, six-fastest car.”

Finding yourself always just out of touch of a drivers’ title in Formula E must come with its frustrations, especially with this being the fourth consecutive year of Sam Bird managing to do just that. “No, not really,” Bird exclaims when I ask if always being the ‘dark horse’ come the season finale gets exhausting both physically and mentally. “Every other season I have known I am going to the final round as the absolute rank outsider and I would need a miracle to win it. This year is slightly different, but I am still the outsider. That is the way it is.”

He is right though, this season is his best shot at finally taking the championship crown. Currently just 23 points behind championship-leader Jean-Eric Vergne, Bird needs to make the most of the 58 championship points on offer over the Saturday and Sunday race days.

“Nobody has been at a great rate. I have just got to concentrate on what I am doing and execute as many points as I possibly can. That is all I can do. What he does is his own destiny, I can only be in control of mine and just score the points.”

Regardless of this weekend and the championship result, Sam Bird has proved himself to not only be one of the most competitive and consistent drivers in the championship but also as modest and someone who certainly lets their driving do the talking.

*finale being as we approach the double-header races that close the championship.